Avoid the quick fixes for company culture and instead enact real change with these tips.

Looking from the outside in, it might seem like Silicon Valley has it all when it comes to company culture. Some of these leading tech companies feature in-house barbers and laundry services, cafeterias, unlimited time off, parental leave, open space work zones, beer on tap, and even mandatory time to work on a hobby project.


What more could an employee want?


And yet, more recently, it’s come to light that these companies do have culture problems. As fun as it sounds, bean bag chairs and beer on tap simply aren’t fixes for deeply rooted company culture problems.


But don’t lose hope! There are always ways to fix a broken company culture or improve one that’s lacking in certain areas.

What Is Corporate Culture?

Before we go into how to fix corporate or company culture, let’s take a moment to define just what it is.


The idea of corporate culture was first introduced in 1989 by researcher Alan Wilkins in his paper Developing Corporate Character. Wilkins defines culture as a company’s shared vision of the core components of the organization. Just like individual people, a corporation has a set of beliefs. Each person who works within that organization is tasked with working toward those goals and beliefs.

The reason bean bag chairs and beer on tap can’t solve culture issues is that the problems run much deeper. Often, unconscious bias is at the root of unhealthy culture.

Creating a company culture and hiring, retaining, and promoting employees who fit that culture creates the problem of homogeneity. When your culture has too much of the same thing, it’s likely that you’ve got a problem of unconscious bias.


For example, unconscious bias makes it difficult for women to be hired and promoted into roles that have been traditionally viewed as male. Unconscious bias also pushes individuals to instinctually hire and promote those who look like them. This means that white men typically promote and hire white men, skipping over women and qualified candidates of color.


Not sure diversity would benefit your corporate culture? Research has consistently shown that diverse teams make better decisions and examine issues more thoroughly.

If you’re ready to tackle your unconscious bias and make real positive changes to your corporate culture, check out these tips:


When you set out to make changes to your company’s culture, be sure to set down measurable and achievable goals. Challenge yourselves, but know that fixing the culture and eliminating unconscious bias isn’t likely to happen in the next year...or maybe even five years. Battling unconscious bias, creating a more diverse workforce, and fixing corporate culture is a long-term struggle.


What’s your company doing to change its company culture? And no, beer on tap isn’t the answer we’re looking for.

XQ Innovation improves human performance at work through individual and team self-awareness, behavior training and executive coaching. Our mission is to help organizations of all sizes turn every employee into a star performer. We view every human being in your organization as a human treasure. We unlock the science of the human mind in a way that is easy for anyone to understand. We bring unique strategies to our clients, all through the lens of innovation. Everything we do is focused around the people in your organization.

Find Out Your XQ Factor Now 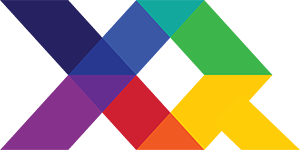